Standing Up For Farm Animals — During the Pandemic — and Beyond

All of us at the Humane Farming Association (HFA) sincerely hope that you and your loved ones have been able to remain safe and healthy during these challenging times.

We are deeply touched by the emails and phone calls we have received from many of you, checking in to see how our staff and rescued animals are faring during this time. 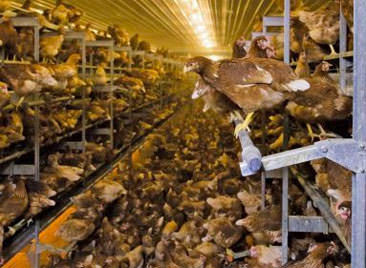 Thanks to HFA’s long-standing emergency preparedness, our entire team and all the rescued animals at HFA are safe and well.

Even in the midst of this crisis, HFA has been able to step in to provide sanctuary to 250 more animals seized during animal cruelty investigations. This brings the number of rescued animals being cared for at HFA's SUWANNA RANCH to over 1,000.

And, most importantly, HFA has not missed a beat in its national campaign against factory farming.

For well over three decades, HFA has led the charge against farm-animal abuse and the very real dangers factory farming pose to our health and to our environment.

From groundbreaking legislation, anti-cruelty investigations and prosecutions, legal action, and direct care for abused animals, your support enables us to ensure that farm animals receive the care and legal protection they so desperately need and deserve.

These are just some of the reasons the Humane Farming Association is known as the nation’s most effective and credible farm-animal protection organization. We really do need your help to keep up the fight!

The Humane Farming Association (HFA) is dedicated to the protection of farm animals. Founded in 1985, and over 270,000 members strong, HFA has garnered worldwide recognition and respect for its landmark anti-cruelty campaigns including, most notably, its successful National Veal Boycott. HFA is particularly well known for its unparalleled track record of credibility, accuracy, and integrity in addressing legislative issues pertaining to farm animals.

HFA's goals are to protect farm animals from cruelty and abuse, to protect the public from the misuse of antibiotics, hormones, and other chemicals used on factory farms, and to protect the environment from the impacts of industrialized animal factories. HFA’s comprehensive programs include anti-cruelty investigations and exposés, national media campaigns, and legislation. HFA also provides direct hands-on emergency care and refuge for abused farm animals at HFA’s Suwanna Ranch – the world's largest farm animal rescue and refuge facility.

All combined, HFA's programs and activities represent the greatest hopes of those seeking to create a better world for farm animals.